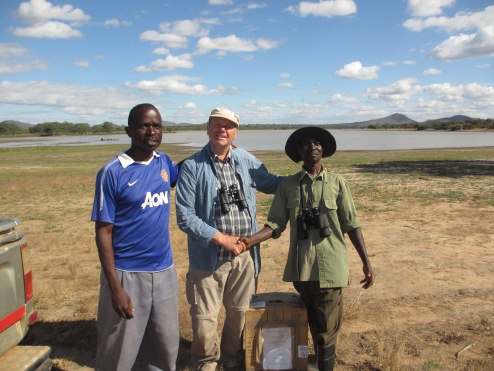 Bob handing over the Achiltibuie boxes! 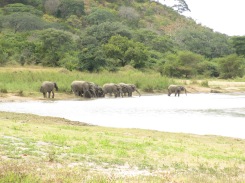 We have sent boxes of resources to Malawi via Robert Baxter. Some of the boxes have reached there and were taken by Bob who was visiting a National park at Vwaza in northern Malawi. As his visit was on a Saturday,the schools were not open, However, he sent some pictures of the boxes being handed over in the game park, accompanied by elephants and hippos!